In Summoner Wars, every summoner has three build symbols. When building a custom deck, a player starts by choosing a summoner. Their summoner's build symbols will then determine which units and events they are allowed to add to their deck.
In addition to the martial symbol, there are 12 other build symbols. Each of those 12 symbols represents a distinctive theme and general play style. 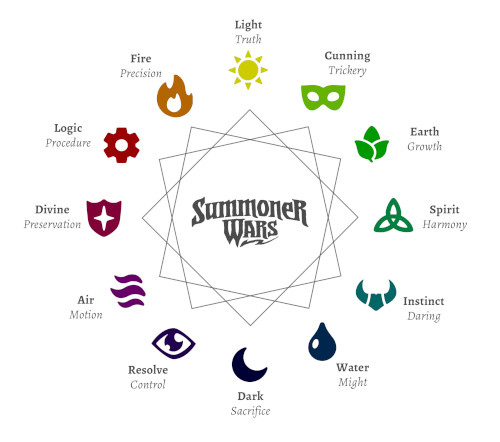