Welcome to the SW League!

What is the league? 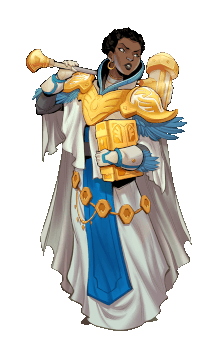 A friendly competition for the Summoner Wars community to enjoy the game, dive into the subtlety of matchups, and test their skills against other real-life players.

How does it work?

The League is composed of several divisions with leagues of 6 players:

The League is built so that the better the player you are, the higher Division you move up to. As a new player you join in the lowest division, with the possibility to climb all the way to the top as your rank improves by winning matches.

A season will last 5 weeks and have 5 rounds of 1 week duration each in that time. In each round you will be facing only 1 other player from your league.
After each season the divisions are reorganized as the better performing players climb 1 division, and worse performing players go down 1 division (there could be exceptions). Every week a matchup (for example Phoenix Elves versus Tundra Orcs) is programmed and all players will play both sides of that matchup, so in this example each player will play one game as PE and one game as TO. Each game should be set for a 3 day clock, and game links should be sent out and coordinated over the Discord channel. Only base decks will be used. If you're ever confused on who you're playing or what the matchup is, return to the SW-Zone! All matchup information can be easily found when you sign in to your account.

It will happen that some players in the same group have the same number of points and in such instances we then need to do tie breakers.
These is the priority of the tie breakers:

How to join the league?

Look no further, this way!
Go ahead and join the Discord Summoner Wars Official Channel. This is the place where the community meets. You will be assigned to the lowest division where you will be able to climb from as you win matches.

Anyone with access to the Summoner Wars second edition online app. If you do not have it, please go to www.plaidhatgames.com and subscribe.

A player who is taking a break for one season now has a new option available to them.
When they come back in the next season they may re-enter a Division one level lower than their last one, IF a slot is available in that Division. Otherwise they will be able to resume in the next lower Division if that has a spot and so on.
If there are two or more players vying for re-entry into the same Division without sufficient slots available for all, then their player ranking will be the deciding factor.